The gains from digitisation are obvious: vastly widened accessibility; flexible and precise search tools; in many cases, transparency where before there was only opacity. And of course the welcome chance to stay at home in your dressing gown in front of your computer. 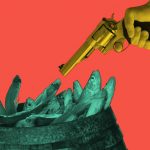 But even where records are free to search in the monetary sense, there is a cost. And as in the real world, the buyer needs to know exactly what the price is. As the first law of Fish-In-A-Barrel economics states: “Unspecified prices can only rise”.

So picture this: a giant set of Irish administrative records is created, with thousands of people involved. There are plenty of unavoidable human omissions and mistakes. This record-set is then transferred to an archives. Inevitably, a few of the originals fall down the back of the sofa. The surviving records are then microfilmed. Well, most of them are microfilmed. A finding aid is then created to the microfilms. Well, to nearly all of the microfilms.

Years later, these microfilms are digitised, but only the ones covered by the incomplete finding aid. The images are then transcribed – with just a few missed – by people who have never heard of Ireland or Irish surnames and don’t speak English. Then the transcripts are turned into a searchable database by techies who know nothing about administrative records and couldn’t give a hoot about history.

The wonder is that anything useful could emerge from such a process. But this is a description of the creation of the single most important Irish genealogy website, the one that sparked off the revolution that we’re still living through, census.nationalarchives.ie.

The explosion of online access to records is unambiguously wonderful, but it comes at a cost. Every human intervention adds another layer of error, with incremental losses to accuracy and completeness. It is almost always a price well worth paying. But we should never forget that we are paying it.

One repeated irritation of indexing family records  – I’m working on the 1899 Dublin Burgess Rolls at the moment- is the double-barrelled surname. If a hyphen is supplied (“Day-Lewis”), the computer’s solution is simple: Day-Lewis goes between Dawe and Daz. Inevitably, however, this is in direct conflict with established indexing practice, in Burke’s Irish Landed Gentry for example, which indexes the second name. Long-term, my money is on the computer.

Hyphens make things too easy. Most clergymen shun such frivolous vanities, leaving the problem in the lap of future generations. A full-text search, though crude and imprecise, can finesse the problem. But for a transcriber there are still repeated quandaries. Does ‘William Leigh Clarke’ include two forenames or one two-part surname?

These are trivial obstacles compared to those that will face future researchers. Thanks to perfectly reasonable feminist objections to only the paternal surname being inheritable, more and more children are being registered with double surnames. A small problem for this generation, but what happens when two of these double-surnamed individuals have children themselves? And what about their quadrupled-barrelled children’s children? It is not possible for a surname simply to grow generation after generation – once past two words in a name, at least in English, there is a growing sense of outright absurdity. A common joking reflex among Irish surname buffs on hearing the name Cardinal Murphy-O’Connor was to keep going: “-Walsh-Kelly-Byrne-Doyle-” . 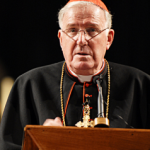 A proposal does exist that second-generation double surnames should comprise the paternal grandfather’s and maternal grandmother’s names. This is a bit cold-blooded and counter-intuitive, but it is at least sustainable for more than one generation, preserves some continuity and avoids outright silliness.

Speaking of outright silliness. The Dublin practice of naming shops with the forename of the owner and a business description seems to on the wane, but it has produced what look like very strange double-barrelled surnames. It’s impossible not to imagine the names of the children of, say, Felicity Hat Hire and Peter Hair Creation. At least they’d be conspicuous in the records. 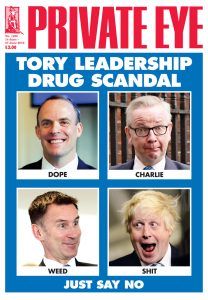