Irish genealogical researchers persistently ignore one aspect of almost all the records we use. Those records were created by a country that no longer exists, the United Kingdom of Great Britain and Ireland. After three generations, a blind spot on both sides of the Irish sea is perfectly understandable, but that vanished country is the direct ancestor of both our unfinished Republic and their truncated Kingdom, and there are important consequences that researchers shouldn’t ignore.

But there are many records now in London that cover pre-1922 Ireland: post office workers, soldiers, the merchant marine, the coastguard … Everyone employed by the British state left traces in records now held in England.

And it works both ways. As anyone who has tried to read the Nighttown episode of Joyce’s Ulysses knows, there were large numbers of British soldiers stationed in Victorian and Edwardian Dublin – they were the main clients of the city’s huge red light district.

A more licit record of young men’s sexuality appears in the extraordinary number of soldiers’ marriages recorded in Dublin Church of Ireland records. The non-Catholic marriage records from 1845 are especially informative, giving the names of the fathers of bride and groom as well as their occupations. Because a large majority of these soldiers were from England, Scotland or Wales, it is very likely that many dead ends in UK family history might be resolved by looking at these Irish records.

I have a personal reason for going on about this. For the last few weeks I’ve been spending long, long lengths of time combing the post-1845 Dublin marriage records church by church. The sheer variety of surnames is continually astonishing – Calisendorf , D’Cloett, Flouterlin, Gammaly, Minchinfort – and so is the variety of spelling versions: Campell, Cambel, Camphil, Canpell, Cambhill …. For British soldiers, the main requirements for a posting to Dublin seem to have been a strong libido and the possession of an odd surname. And dyslexia was evidently epidemic among nineteenth-century Dublin Church of Ireland clergymen.

One final point about the overlap between Ireland and Britain: James Joyce, whom we now claim as completely one of our own, was born a United Kingdom citizen and held a United Kingdom passport all his life.

I still remember vividly the first research report I ever worked on. My job was to find a David Fitzgerald in East Limerick in Griffith’s Valuation. At the time, back when genealogical dinosaurs roamed the earth, the only way to do this was to identify roughly which parishes had Fitzgerald households in Griffith’s using the old Index of Surnames, and then comb through them all one by one looking for Davids. So I hunkered down and resigned myself to hours of grinding through microfiche after microfiche. But then  – what luck! – the second parish I checked, Croom, produced a David Fitzgerald.

As I sat down to write the report, though, doubts started to niggle. Yes, David was a relatively unusual forename at the time, but just how unusual? So I went back and continued looking. And of course, it immediately began to rain David Fitzgeralds: in Ballingarry, Emlygrennan, Ballinlough, Knockainy …

The point of this is not (just) to show how green I was. Without some idea of how to measure the likelihood of what you’ve found, its place on the scale of probability, it’s very hard to interpret it. If you don’t know that half of the population of West Cork is called O’Driscoll, and that Cornelius was extremely common  in just area, you’re likely to fall on the first Cornelius [O’]Driscoll you find and install him as your ancestor. The appropriate metaphor is the hoary old one about blind men trying to describe an elephant, each one extrapolating from the particular part they happen to touch.

This is especially important for Irish research before the 1850s. At that point most conclusions are balance-of-probability judgements, not cast-iron certainties.

So is there any systematic way to measure genealogical probability? The short answer is no. Doubt your presumptions and go off to count David Fitzgeralds.

The long answer, as usual, is that it depends. Now that so many records are searchable in flexible ways, you can get a sense from a quick search of just how common name combinations are. So there are 107 Cornelius [O’]Driscolls in the 1901 census, but only five Cornelius Maguires. It’s rough and ready, but do it often enough on different datasets and you’ll begin to develop a genealogical Spidey-sense. 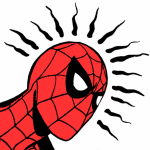 Just don’t trust it all the time.

Why are so many wonderful record-images beginning to appear on FamilySearch? The answer requires a long run-up …

Family history is an essential part of the practice of the Church of Jesus Christ of Latter-Day Saints, aimed at ensuring that everyone who has ever lived and who ever will live will ultimately be united in one great family tree. (Donald Akenson’s Some Family: The Mormons and How Humanity Keeps Track of Itself is a good, if slightly snide, account).

Because of this, the LDS have been collecting family history records since the 1890s and research in those records has been the main means of access to records for all family history researchers, Mormon and non-Mormon, for more than seventy years. Most Mormon temples have a Family History Centre that also opens to the public. Up to now, these Centres have depended on microfilm ordered via FamilySearch from the vast vaults of the Family History Library in Salt Lake City – their microfilms of the GRO registers are on open access in the Family History Centre in Dublin, for example.

Now that system is ending. From September 1st next, FamilySearch will discontinue its microfilm distribution services. The reason is simple: as microfilm declines in popularity the costs of storage and duplication have risen dramatically. In other words the internet killed it.

As a replacement FamilySearch promises that all its microfilm will be available as digital images. And that’s the reason for the tectonic shift we’ve been seeing recently in the availibility of Irish record images on the site: the Registry of Deeds, the GRO films, the Tithe survey, the National Archives testamentary collections and so much more. There is a simply a huge push on to get the films online before September.

Unfortunately, access permissions haven’t yet been sorted out for many of the records. Click on that tantalising little camera icon and more often than not you’ll be told: ” These images are viewable: 1. To signed-in members of supporting organizations. 2. When using the site at a family history center.”

Personally, I’m delighted the microfilm is going. If they want someone to light the microfilm bonfire  and dance around it, count me in. Thirty years spent squinting down microfilm readers has left me loathing the stuff.

Experience suggests that those viewing barriers will eventually melt. And in the meantime, I live quite close to the Dublin Family History Centre.

The Mormon FamilySearch is without doubt the most important family history site in the world. It can also be a royal pain. For years I’ve been going to its main record collections for Ireland, picking out the most important one ‘Ireland Births and Baptisms, 1620-1881’ and then tearing my hair out trying to figure out what exactly I’m searching. Argh. ‘Index to selected Ireland births and baptisms. The year range represents most of the records. A few records may be earlier or later’. Argh.

It turns out I was making a basic mistake. Don’t go in the front door. Go around the house and sneak in through the back door, the catalogue. Try this for an experiment. Go to https://familysearch.org/catalog/search and just enter Ireland in the Place box. No fewer than two hundred and fifty-one separate categories pop up.

You can explore at your leisure. For now, just add ‘Public Record Office’ into the ‘Author’ box. You’ll get 395 subsections for PRONI and forty-two for “Ireland: Public Record Office”. Go down to the “Ireland: Public Record Office” subsection ‘Testamentary documents in the Public Record Office, Dublin’ and click. You’ll see a list of 136 microfilms of which 69 have the wonderful little camera icon beside them, meaning they’ve been digitised. Click on one of those and you’re in Wonderland. More than half of the NAI ‘D’,’ T’ and ‘M’ manuscript series are there, freely viewable. If you come up with a reference to  one of these (from NAI’s own card index, from the version on FindMyPast, from sources.nli.ie), you don’t have to schlep all the way to Bishop St., Dublin 8 (or your nearest LDS centre) to look at the full document. There it is, the 1866 will of John Gilmore.

And there’s more. The Betham notebook abstracting the family information from all Kildare diocesan wills up to 1828? No bother.  Eustace Street Dublin Presbyterian Registers? Certainly, sir.  Or what about the French Presentation NAI collection?

But of course my real reason for rummaging around like this is to find out exactly which Irish church records have been transcribed. Search on the church name and if a little microscope appears beside the film number, bingo, it’s been transcribed and you can go to the transcript by clicking on the microscope.