One of the joys of genealogy is coming eyeball to eyeball with the past in all its weird particularity. It produces two apparently contradictory effects. On the one hand, you get to appreciate that a century ago (or twenty centuries ago) human beings everywhere were just as human as we are, with all the fears and desires that we have. On the other, you realise how alien and remote the past can be. It is just not possible to recapture what it felt like to live inside the elaborate warrior-dominated caste system of pre-medieval Ireland or to be forced out of a WW1 trench knowing you face instant, certain death. 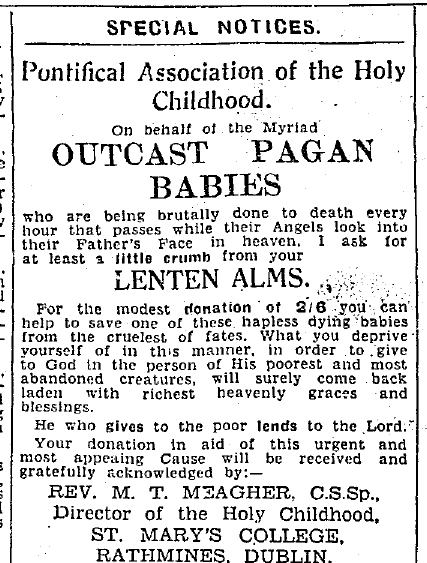 So when I saw the tag-line for the GPO 1916 museum in Dublin – “So real you almost smell the gunsmoke” – my hackles rose. What about the smell of gangrene? Or the dead horses rotting out on Sackville Street? The museum (full title “The GPO Witness History Museum & Visitor Centre“) has won international awards, provides a nice day out and does what it does very well indeed. But what it does is provide immersion in a sanitised past, a theme park version of history carefully relieved of anything truly strange or upsetting.

This obligation to immerse seems to be part of a bigger trend in the leisure sector, of which history and genealogy are now minor branches. So 3D cinema is no longer enough, we’re now on to 4D. Which apparently involves splashing water on everyone when a boat appears, puffing out scent to accompany flowers and (one can only hope) eventually disembowelling an audience member live during ‘Halloween 39: Great-Grandson of Freddie’. 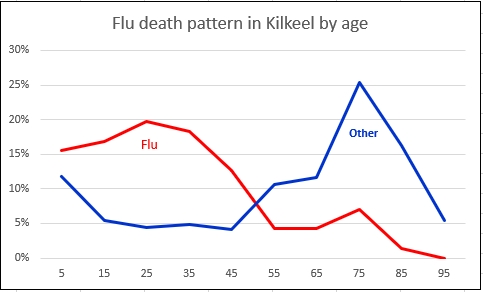 Like everyone involved in Irish genealogy and local history, I spend a lot of time looking at Griffith’s Valuation on askaboutireland.ie. Griffith’s is the only Ireland-wide census substitute for the mid nineteenth century and the site is wonderful, not least because it is free.

One feature, though, has caused much grief to users over the years, the mismatch between the printed records and the maps that accompany and supposedly illustrate them. The maps used on the site date from several decades after the publication of the Valuation, and so can differ starkly from the printed original.

The reason is that Griffith’s was a live property tax survey. So for a century and a half the Valuation Office had to record changes in occupier, holding size, lessor – anything that could affect the value of a holding and thus the tax to be paid on it. Handwritten, copybook-style versions of the original were used to list the changes, which were then hand-marked on the Office’s own copies of the six-inch Ordnance Survey maps.

The main maps used by askaboutireland consist of one full baseline set of these map revisions, dating from the late 1870s, more than two decades after the publication of the books. It has to be said that the mismatch between printed books and maps is more than made up for by the layering of the maps over contemporary Google maps and satellite images.  Their wonderful little slider makes it possible to move back and forth between the 1870s and today, with detail right down to the level of individual fields and streets. Many users find themselves entranced: “What, 4 a.m. already?”

But these are not the only maps on the site. Every single working revision map from the Valuation Office (Republic of Ireland ony) now appears to be there, layered one over the other, with up to eight separate maps for some areas. And no way of telling which follows which.

How to use them? When the full handwritten revision books eventually become available online, it may be possible to date the maps by comparing them with the written records, though most of the VO maps lack the lot outlines of the main series that would make such connections possible.

Be reassured: it’s not just you. Everyone is floundering.

For the moment, by far the most useful of these are the VO town plans. These are part of a series of more than 1400 maps drawn up by the Ordnance Survey specifically for Griffith, at the phenomenal scale of five feet to the mile, ten times more detailed than the OS main series. Though also undated, they do include lot and house numbers, making it possible to follow the fate of every building in every street.  They should be top of every Irish local historian’s to-do list.