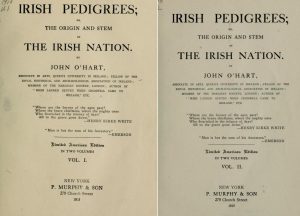 One thought on “John O’Hart: Hero and Villain”