Last week I got a call from the producers of  ‘The Real Housewives of Orange County’. Really. They were in Ireland filming, and needed an emergency genealogist. One of their housewives had Irish ancestry, could I whip up her family tree and get back to them in 10 minutes?

Whoooah there, Neddy. That’s not how it works. First off, what does she already know?

She already knew quite a bit, it turned out. An uncle had done some serious research and, on the basis of an emailed tree, I was able to connect her with actual parish records and Griffith’s and come up with some great grand-aunts and uncles in 1901 and 1911.

Then they had me come down to their hotel, Powerscourt just outside Enniskerry, to spring the results on the unsuspecting housewife. Reality TV, you see. So far, so good.

Things got a little strange after that. Her nineteenth-century ancestors were O’Tooles, with the forename Phelim recurring in every generation, all based in Greystones, just 3 km down the road from Powerscourt. And of course the O’Tooles of Powerscourt were notorious/renowned for their part in the sixteenth-century rebellion against the Tudors, when their leader was … Phelim O’Toole of Powerscourt.

At this point the word “karma” crept into the conversation. 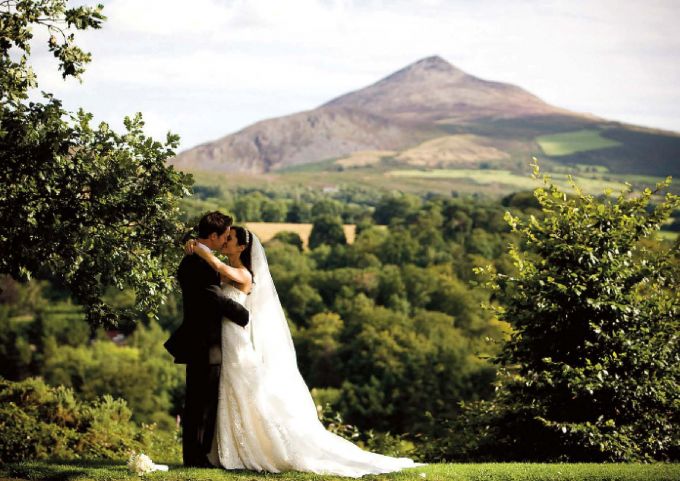 Finding O’Tooles in north Wicklow is the genealogical equivalent of shooting fish in a barrel, so I laughed it off and joked that if she wanted to meet a living relative, she should just go down to Greystones, tap anyone on the shoulder and they’d be her fourth or  fifth cousin. Big mistake. Californians (and Californian TV producers) tend towards the literal.

That night, in Johnny Fox’s pub in Glencullen, they put out the word they were looking for O’Tooles. Naturally, a family stepped forward who claimed direct descent from Phelim of Powerscourt.  Naturally, I was asked to authenticate the connection between them, Phelim and the real housewife.

And, naturally, I made my excuses and exited.

9 thoughts on “The Real Irish Genealogical Housewives of Orange County”