I’ve often been publicly sceptical about some of the claims of genetic genealogy. “Ethnicity estimates”, in particular, seem to me about as scientific as the old apartheid test that marked a child as “nie blanke”. Does a pencil fall through their (straight European) hair or catch in their (kinky non-European) hair? University College London’s Department of Bio-sciences calls this stuff “Genetic Astrology“.

So I settled down to watch the BBC’s “DNA Family Secrets” with beady eye and curled lip at the ready. And ended up in floods of tears. 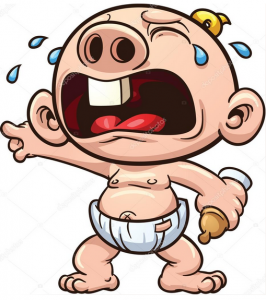 There’s nothing innovative about the format or the production: each show takes three individuals or families who want to use DNA testing to answer a particular question, usually to clarify a missing family member. The questions are teased out, the telegenic scientist tells them how hard it’s going to be, they come back to find out the results and have their big reveal. Very little technical detail is included, but occasional glimpses do emerge of the vast amount of research done.

For example, one Liverpool man with no idea of his father’s identity discovers he’s alive, in Ireland, with a fleet of children all delighted to discover the link.

But confirming that link needed a huge amount of work: first identifying a fourth cousin in the US via DNA; then locating the common ancestral family in nineteenth-century Ireland through documentary research; then working forward to uncover a range of possible living descendants/relatives; then persuading some of them to take their own DNA tests. The research work probably took more than a year, but only the end results are shown, taking about five minutes airtime. The BBC have deep pockets, and they use them well.

With the mystery solved and the new family revealed, though, the effect is extraordinary, and wonderfully touching. On every table between presenter and individual sits a large and necessary box of tissues. Deep pockets, used well.

Two general points in the end, I think.

First, DNA research can be astonishingly powerful. With work and care, it can fill in seemingly impossible gaps in family knowledge.  But the same power can also throw up unexpected (non-televised) results that might easily damage existing families. So use with caution.

And second, the emotional impact of seeing fractured families heal is enormous, and makes terrific TV. Either that or I’m a big crybaby.